What have you learned about being a patient/caregiver that has surprised you most?

The two biggest things that I have learned about being a patient is that: 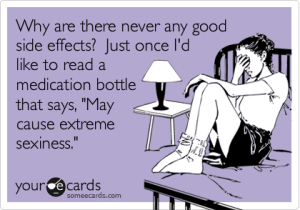 If you would have told me these two points before August of 2007 (initial onset of illness) I would have laughed, or ignored your comments, because I had these sense that doctors could fix everything.You went to the hospital when you were sick or in pain, then you went home a few hours or days later feeling all better. I never knew that there was this entire dark side to medicine that essentially has “no cure” , until I was a statistic on that side… It’s a totally different feeling when you’re on the other side of that line. I can guarantee it.

Discrimination, judgment and ignorance is another issue that I have faced many times over the years, many times it has been  from  “” members, close “” and  teachers. Many have  preconceived opinions of those with chronic pain, and I have found it very hard to be successful in such a hostile environment. Suffering from an invisible disability subjected me to unfair treatment: Because on the outside I appear completely normal so the assumption is, there is nothing wrong with me; I must be making it up. My reality is that I suffer each and every day and if I could, I would change that.

UPDATE!!  I wrote this blog on April 5th, just last night ( April 11th) I heard plans of a meeting with my principal to discuss my three years at my high school… the plus?! I am actually going to be able to attend this meeting :D! Can’t wait to give you more details on this!

PHOTOS: That are not tagged @CHRONICALLYCOOL were found at